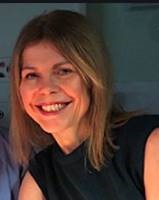 Lesley graduated from Edinburgh Medical School and her initial paediatric and neonatal training was in the East of Scotland including two years in Dundee completing a MD. She moved to Glasgow to complete her postgraduate training in neonates before becoming a Consultant in Glasgow. Her clinical base is the Neonatal Unit, Royal Hospital for Children in Glasgow. Lesley developed an interest in Neonatal Transport during her training and become the lead for the West of Scotland Neonatal Transport team in 2010. During this period she recognised the importance and value of setting up a process to coordinate conference calling between specialities involved perinatal care.

Building on her experience of working with neonatal teams in the transport service, Lesley was subsequently appointed to the role of Clinical Lead for the West of Scotland Neonatal Clinical Network in 2014. During her tenure she worked closely with the Network leads in the North and East of the country in preparation for the transition to a National Network. Lesley is a member of the Perinatal Sub-group of the Best Start Programme.

She was appointed to the role of Clinical lead of the National Neonatal Network in June 2019. Lesley said “this is a unique time for Perinatal Services in Scotland and I am looking forward to working with colleagues and service users across Scotland.” 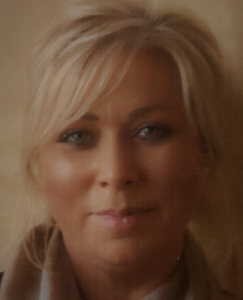 Roberta graduated from Glasgow City Central College of Commerce and has been a medical administrator for over 20 years. Her career path began within Primary Care and then National Health Service, where she was part of the team to deliver the then new Discharge Planning directive, achieving an award for innovation within a professional healthcare setting. She worked within the private sector for some time, supporting people and families living with a neurodegenerative specific disease before her return to NHS. Roberta found her niche project managing a diversity of workstreams within the Public Health (PH) landscape, including Children and Young People’s Mental Health (CYP MH), Adult Mental Health (AMH), Greening of the Estates, Workplace Management and the Healthy Working Lives programme (HWL), and where she honed her skills organising large scale events.

Roberta then progressed her career supporting the West of Scotland Neonatal Managed Clinical Network (WoS MCN), encompassing both regional and national neonatal quality improvement pathways throughout Scotland.  She was delighted when the opportunity arose to expand her knowledge of MCN and joined the National Neonatal Network (NNN) National Specialist and Screening Services Directorate (NSD). Roberta continues her support of CYP services as administrator to the WoS aspect of the CYP Managed Knowledge Network (MKN).  She especially enjoys the challenges of working from a national perspective and says, “I am proud to be part of a team who’s focus is to drive forward continuity of quality improvement, to give ‘voices’ of the Scottish perinatal community and population Scotland a platform to come together to influence change in a strategic, collaborative manner.” 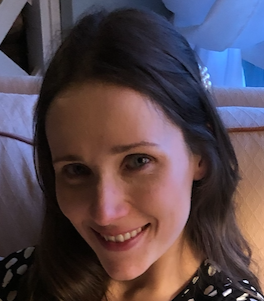 Susanna joined NHS Scotland in 2014, when she was awarded a place on the Management Training Scheme. She worked in NHS Greater Glasgow and Clyde for three years, initially as Assistant Clinical Service Manager in ‘Older Peoples Services’ and subsequently for two years as Programme Manager for the implementation of the ‘Mental Health Strategy’. During this time she realised her passion for project based work and qualified as a PRINCE2 Practitioner. She graduated from the University of Strathclyde in 2017 with a Masters in Business Analysis and Consulting, and was very pleased to take up a post in National Services Division (NSD) as Specialist Services Commissioning Programme Manager later that year.

During her time in NSD she has programme managed a number of services and specifically worked on securing national designation for; ‘Secure Care CAHMS Inpatient Unit’, ‘LD CAMHS Inpatient Unit’ and the ‘Specialist Mesh Service’. Identifying, understanding and addressing unmet need throughout Scotland is something she feels passionately about and is delighted to be remaining in NSD with the remit to work nationally to ensure equitable care throughout the country. She is very pleased to join the National Neonatal Network (NNN) as Programme Manager and is very much looking forward to being part of the team. Susanna said, “I am delighted to be working with the NNN and am extremely passionate about ensuring the best possible care is delivered for all neonates throughout Scotland. I am very much looking forward to working closely with all stakeholders to unite in delivering national quality improvement initiatives and standardising neonatal care, whilst ensuring the neonate and their family are at the centre of every decision.”

Keep an eye on our News page for updates on what we’ve all been up to.